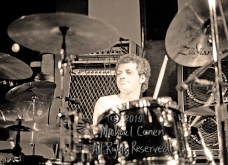 These are a handful of frames that were shot, on the same evening that The Golden Palominos headlined at the I-Beam “Where Were You?” – The Golden Palominos at The I-Beam in San Francisco, California [3-24-86].  At the time, I was not aware that the lead guitarist for the singer-songwriter Eddy Ray Porter, was Chuck Prophet ( Chuck Prophet – Wikipedia entry ), who already had been long performing with the group Green On Red, and would begin lending his songwriting and guitar work to numerous recordings by other artists.  At about this same period of time, Prophet had started performing with his wife, Stephanie Finch, in the San Francisco Bay Area.

A sampling of the late Mr. Porter’s music, can be heard here:

As stated elsewhere on my blog, I would routinely take photos of most opening acts [if I had enough film to spare], in an attempt to save such moments for posterity’s sake.  Especially so, if I knew about the performers, beforehand, or was impressed in some way, by the music being performed.  On this occasion, I did not have “extra” film, as my “mission”, as it were, was to capture the different members of the headlining act, as I was an avid listener of many of the artists’ other outfits.

In any event, here are the frames that were taken, of Eddy Ray Porter‘s group, that evening [and I do not know the names of the drummer, and bassist, so if anyone happens to view this, and can fill me in, on their names, that would be much appreciated.  I could then properly credit them, here]:

For more information on Eddy Ray Porter’s recordings, please have a look at this link: 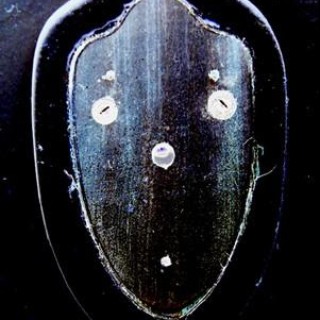